Canmore is the last town outside of Banff National Park on the east side. As such, it has become somewhat of a Mecca for people looking to get into the mountains without having to deal with the regulation and bureaucracy of the park. The Canadian Alpine Club is based here, which has certainly helped raise the profile of Canmore as an outdoorsy town.

Canmore is populated by a healthy mix of climbers, mountain bikers, rich people, and hippies, and has a very laid-back though active atmosphere. For the climber, Canmore offers virtually everything one could want. Fantastic mountain vistas and lots of rock (at least 8 crags within a 20 minute drive) including both sport, gear, multi-pitch, and alpine routes. For days when it is too wet to climb there is lots of great hiking and mountain biking. In town there are all the conveniences a modern climber could want.

And best of all for all those stuck to jobs back in the city, all this is only an hour and fifteen minutes away from Calgary.

Most of the climbing around Canmore is in the canyons formed by the runoff from the mountains in the area. As such, many of the cliffs receive only a limited amount of sun, which is good on hot summer days, but can be cold in the early and late season. As well, keep in mind that recent precipitation, or warm weather in the early season may leave the creeks in the canyons very high, making the many crossings difficult, and some of the cliffs unclimbable. The climbing itself is quite varied. Acephale, Grassi Lakes and Carrot Creek are steep, pocketed crags, while Cougar Canyon and Heart Creek tend to be less steep, but more technical climbing. The long cliffs on Mt. Rundle and Ha Ling peak offer some fantastic multi-pitch climbing, both sport and gear, in a fine situation over 1000 metres above the valley floor.

The Crags of Canmore & Area

Acephale
Acephale is home to the highest concentration of hard routes in the Rockies. The steeply overhanging pocketed limestone crag has over 50 routes, of which only a handful are below 5.12.

Heart Creek
Heart Creek flows through a narrow canyon between Heart Mountain and Mount McGillivray just before it crosses the Trans Canada highway. The cliffs along the west side of the canyon offer a number of climbs, mostly in the 5.10 and 5.11 range. The rock is featured, though not very pocketed, and generally slabby or vertical. Most of the climbs are quite short, though there is definite possibility for long, hard, long routes on the wall to the north of Blackheart.

Grassi Lakes
Set in a picturesque canyon between Mt Rundle and Chinaman’s Peak, Grassi Lakes offers a number of excellent, steep routes on pocketed limestone of variable (poor?) quality. Owing to the steepness of some of the walls, Grassi is often a good place to climb when it is raining out.

Ha Ling Peak
The impressive 550 metre north face of Ha Ling Peak (formerly Chinaman’s Peak), which stands above Grassi Lakes and Canmore, is climbed by the longest North American sport route north of Mexico. Although the route goes at 5.10d, it is a long, serious climb, with 11 pitches of 5.10. There are also a number of gear routes on Ha Ling.

East End of Rundle and Kanga Crag
The east end of Mt Rundle offers a number of multi-pitch routes, both gear and sport, as well as some shorter routes at Kanga Crag at it’s base.

Carrot Creek
Carrot Creek, to the west of Canmore along highway 1, has a number of outstanding routes on the very steep limestone walls along the gorge on the north side of the highway. Note that at the current time Carrot Creek is currently CLOSED to climbing, due to the importance of the valley as a wildlife migration corridor.

Bathtub Brook and The Alcove
Two small, relatively undeveloped crags near the Harvie Heights area of Canmore. The routes at The Alcove are generally a little stiffer than those at Bathtub Brook.

The Stone Works
The Stone Works is the gorge immediately west of Mt Lady McDonald. Most of the climbs are on the walls of the narrow canyon, as well as a couple of walls above. Climbs are generally in the 5.10 to 5.11 range.

Cougar Canyon
Cougar Canyon, the drainage between Mt Lady McDonald and Grotto Canyon, offers a large number of climbs on some good quality limestone. The climbing is generally technical vertical face climbing, and the rock is edgy as opposed to pocketed.

Grotto Canyon
Grotto Canyon is the drainage to the west of Grotto Mountain, near the Baymag cement plant #2. Grotto is one of the oldest and largest crags in the Rockies, with over 200 routes, however many routes are of poor quality. The climbing ranges from viciously overhanging to slabby, and offers a wide variety of grades (5.6 to 5.13). The rock is generally featured but not pocketed, and tends to polish easily, especially along the base of the cliff which is washed by the creek at high water. Usually wet for a few days after a storm.

Crag X
The tall, chossy looking wall just to the west of Grotto Canyon. Traditionally known for multi-pitch routes on horrific rock, there are now a few sport routes at the base as well.

Kananaskis Country extends along the eastern fringe of the Canadian Rockies, south of the Bow Valley. Unlike the climbing in the Bow Valley which is mostly in canyons, the climbing in Kananaskis is generally on the many cliffs on the foothills of the Rockies. The bluffs are not as steep or pocketed, and the climbing tends to be more technical than strenuous. Most of the crags offer primarily single pitch routes, though Yamnuska, the first major wall seen driving west from Calgary has a number of outstanding multi-pitch routes of a few hundred metres.

The crags in Kananaskis are among the best early and late season crags. Although they are subject to the same unpredictable weather patterns as the rest of the Rockies, it is often possible to start climbing in early April, as soon as the snow melts enough to make the approaches reasonable. Barrier in particular is one of the best early season crags.

The Crags of Kananaskis Country

Yamnuska
Well known for it’s many excellent multi-pitch routes, the 500 metre south facing wall of Yamnuska has been one of the hot spots of climbing activity for many years. Note that the climbs on Yam are not sport routes, they are long, serious climbs. Due to rock fall hazard a helmet is strongly advised on Yamnuska.

Kid Goat and Nanny Goat
Two crags on the southeast face of Goat Mountain, both offering a number of decent climbs at a moderate grade. Note that for Nanny Goat some gear is required for most of the climbs.

Barrier
One of the larger Kananaskis crags, with well over 100 routes. The north end of the cliff has a number of 2 to 4 pitch gear routes, most at a moderate grade. The south end of the crag is mostly sport, offering a number of great climbs in the 5.9 to 5.12 range. Barrier is one of the best crags in the early season, and occasionally escapes the afternoon showers which plague the mountains in the early summer.

Cowbell Crag
An anomaly amongst the limestone crags of the Rockies, Cowbell Crag is on a conglomerate bluff 10 km north of Highwood Junction. The crag is characterized by thin to medium sized cracks, and nearly all of the climbs require gear. The grades are generally 5.10 and below.

Prairie Creek
Well worth the 40 minute approach. Steep, featured limestone cliffs look down on Prairie Creek flowing through the valley bottom. Most of the good climbs are 5.11 and above. Because it faces north and often gets a breeze, Prairie is a good place for hot days.

White Buddha
A bouldering crag one valley south of Prairie creek. Park in the parking lot just past the Prairie Creek pullout and head up the dirt road for a couple kilometres, then head up the steep hill to the north to reach the cliff. The problems do not generally top out, but finish at a line of huge jugs half way up the cliff. A number of problems from V1 to V7.

This information has been provided courtesy of Matthew Buckle.

A selection of some hiking trails in the area and useful resources.

The information that we give on any activities is for informational purposes only and not intended to give specific advice. The writer and/or publisher of this website is not responsible for any accidents, injuries, rescues, inconvenience, or loss of life by anyone attempting any of the activities described on this website. It is the responsibility of the reader to use common sense and good judgment to safely enjoy any outdoor activities.

Activities in the backcountry can be dangerous and have many potential hazards. It is up to each individual to know their limits, abilities and level of expertise before attempting any outdoor activity. 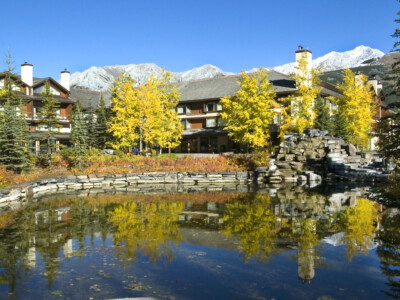 Browse through Canmore and Kananaskis lodging options to find the perfect accommodations to suit your needs. Whether its hotels or motels, bed and breakfast, cabins, inns and lodges, the Canmore & Kananaskis area offers accommodation to meet any budget.